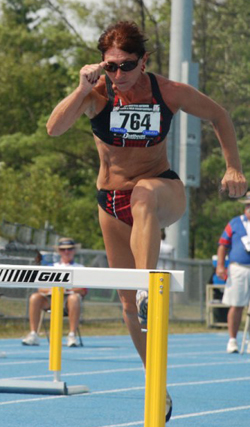 Education: Phil is an accountant and resides in Marietta, Georgia.

Since 1983 she has won 97 medals at the Indoor/Outdoor World Championships of which 71 where Gold, 19 Silver and 7 Bronze. She is the holder of numerous World and American Records

The Latest: Phil was named by the WMA in 2008 as the “Female Athlete of the Year.” She is considered by most as one of the greatest female athletes of all time and we are thrilled to have her as part of the Houston Elite Track Club.