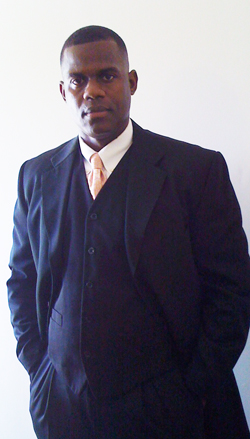 Kendon White was raised in Austin, Texas where since the age of seven he has competed in track and field events. He was featured in the Austin American Statesman at the age of ten for being one of the fastest kids at his elementary.

Instead of running for his high school, he ran for a track club in Austin, the Austin Striders, and from there attended the legendary track and field giant, Blinn Jr. College. After Blinn he finished his education at Texas Southern University.

Kendon has trained with ACALA Sports since 1998 and it keeps him in tip-top condition for his very physically demanding occupation as a Fire Fighter and Paramedic with the Houston Fire Department, as well as being a Triathlete. Kendon’s weekly workouts include 20 miles running, 500 meters swimming and 4 cycling classes (If you’re in trouble–this is the guy you want saving you!).